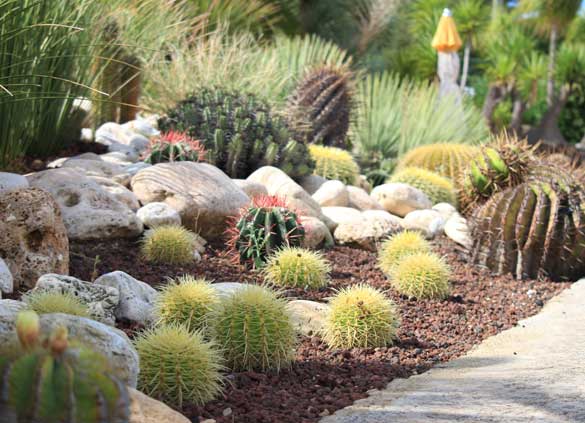 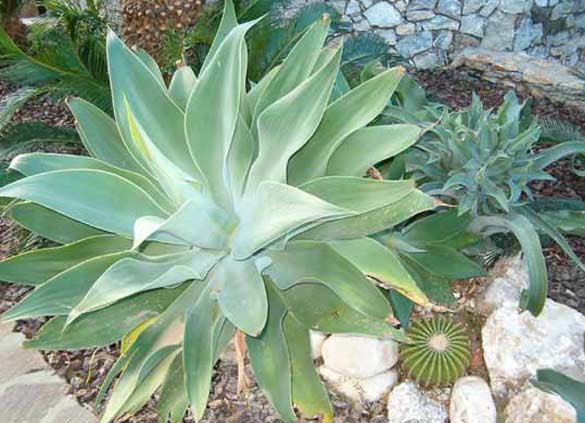 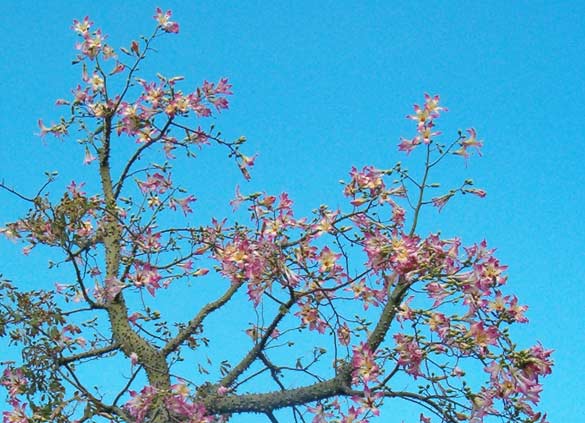 During the latter half of the nineteenth century and the early years of the twentieth century, “acclimatization gardens” became popular in Tuscany; these were green areas dedicated to the conservation of various species of herbaceous plants, shrubs and trees of particular interest, mostly of exotic origin.

An acclimatization garden is difficult to create and maintain and calls for considerable economic effort; continuous passion is necessary to find the most suitable cultural solutions for the various species of plants which often come from widely differing countries, especially from an ecological point of view.

So it is easy to understand why newly created acclimatization gardens are so very rare.

The “Cala dei Peducelli” Residence garden, set up in 1985, has been classified as an acclimatization garden and in view of the number of specimens on show (around 400 palm trees, agaves, succulents, cycads and Mediterranean scrubland plants), the care taken over their cultivation and lay-out, it undoubtedly follows in the footsteps of Elba’s great tradition of acclimatization gardens.

It is located on a piece of land on Punta Morcone in the municipality of Capoliveri. 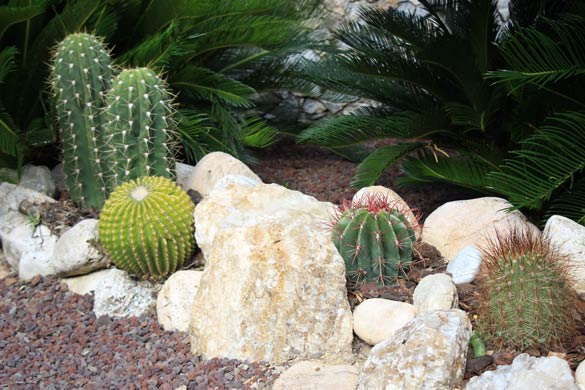 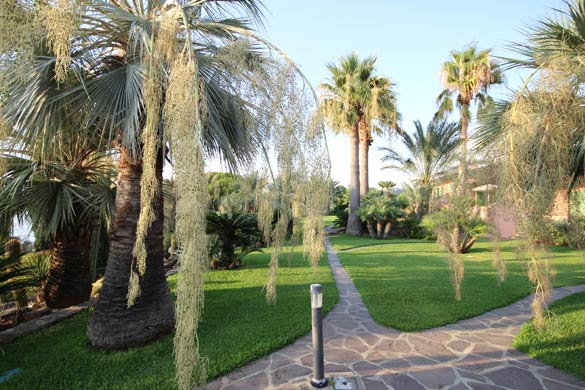 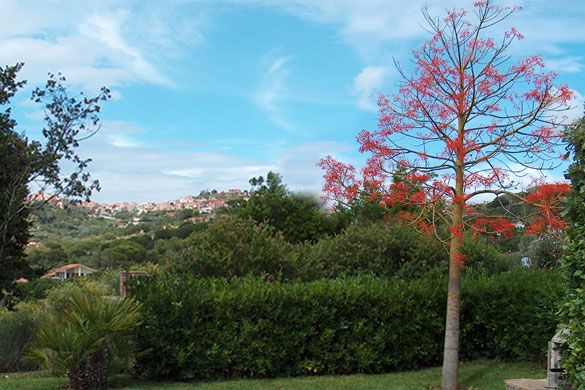 The owners’ great passion for natural environments has led to their creating a collection on the Isle of Elba that is quite unique as regards both plants and landscape, thanks to the harmonious combination of buildings, ornamental elements and original decorative solutions which also include the addition of unusual terracing. The excellent position of the area and the mild climate have made it possible to collect together many exotic plants, especially succulents, cycads, palm trees and agaves. 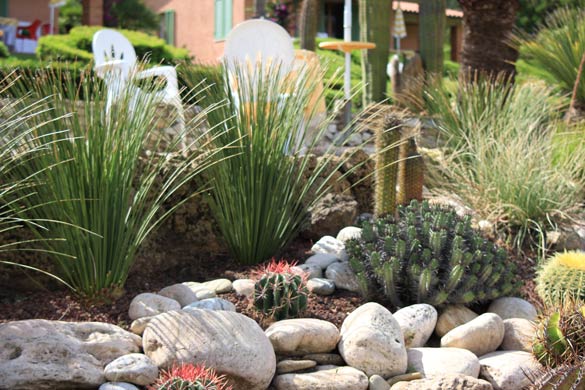 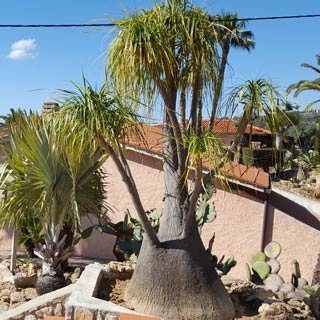 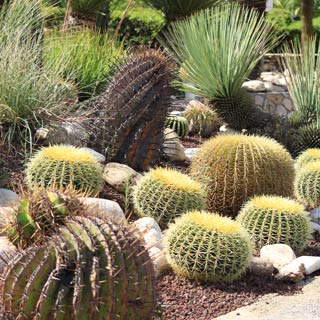 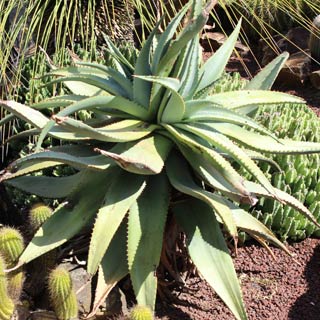 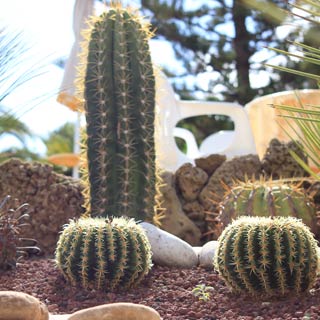 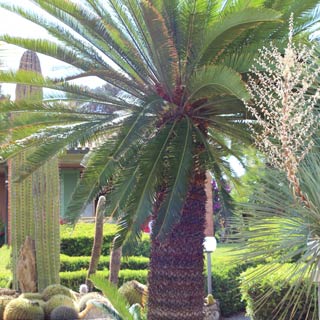 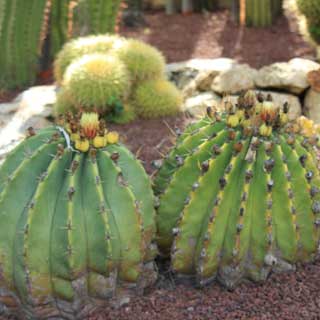 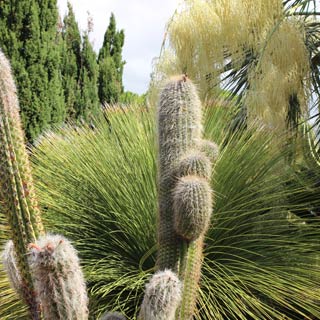 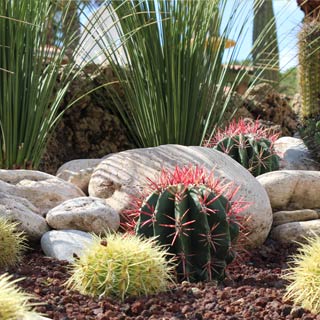 The swimming pool is the garden’s central feature: numerous varieties of tropical plants grow around the edge of the pool, among which many cycads, (plants defined as “living fossils” due to their ancient origin), agaves, cactaceae etc...

And as the eye roves from left to right it comes to rest on other species of cycads, like the Encephalartos, Dioon, Cacti, and Agaves, growing in the gently sloping terrain. 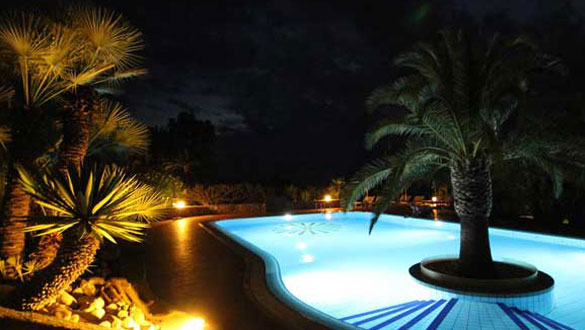 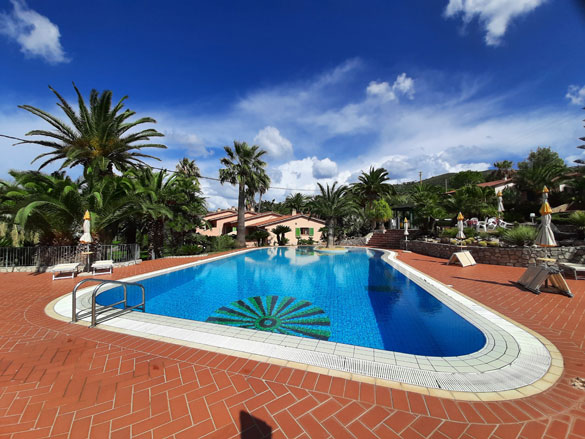 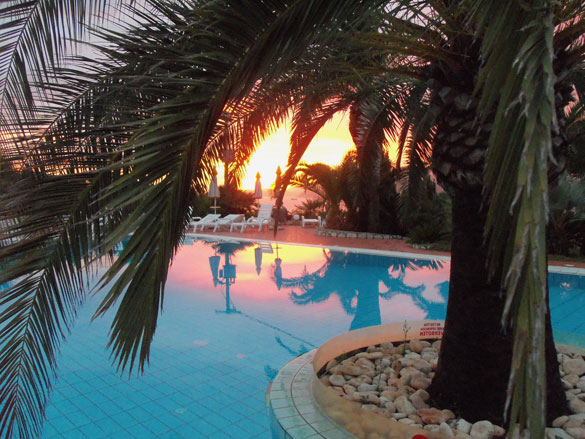 The real value of Cala dei Peducelli is that you can live in close contact with nature where rare and exotic specimens mingle with lush Mediterranean flora; but not only this, because only 300 metres away is our own private beach which can be reached after a pleasant walk along a little pathway, accompanied by a gentle breeze and the scent of rosemary. On arrival at the beach you will be delighted to find a centuries-old olive tree, symbol of Mediterranean flora, awaiting you.

Our beach is arranged in the same attentive way as the rest of the environment.

A beach umbrella and two sun-beds await the occupants of each apartment. 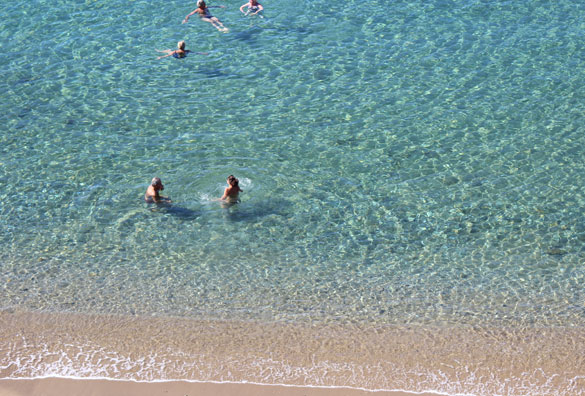 This is the rendezvous area where our guests spend most of their day.

It is here that long-standing friendships are set up and will remain with you in just the same way as your happy memories of the little Residence Cala dei Peducelli beach, in a corner of Morcone beach, complete with every comfort.